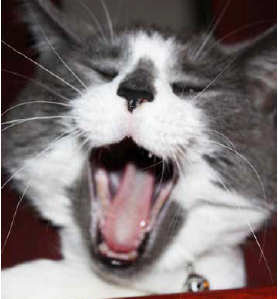 Over the years various workers have developed and published criteria for diagnosing canine AD (Willemse 1986, Prelaud et al 1988). These criteria were further refined by Claude Favrot and his colleagues following a large study involving over 1000 dogs, published in 2009 and clarified by Olivry in 2010. They are recommended for use in general practice to aid in the diagnosis of AD.

All animals should be evaluated for ectoparasites by skin scraping.

Therapeutic trials for fleas and sarcoptic mange (dogs) should be undertaken.

A combination of systematic and topical treatment for pyoderma and Malassezia should be employed if micro-organisms are contributing to the level of pruritus. Specific culture for dermatophytes should be performed when indicated.

Serological testing and intradermal skin testing have no role to play in diagnosing atopic disease or other hypersensitivity disorders. Once the clinical diagnosis has been established, testing for IgE may be appropriate to assist in allergen avoidance or to permit the use of allergen specific immunotherapy as a treatment modality.

In 2011 Dr Favrot and his colleagues produced a set of criteria to help identify cats with non-flea induced allergic dermatitis:

If 5 of the 8 criteria are met a diagnosis of allergic dermatitis is likely although similarly presenting dermatoses (FAD, dermatophytosis, adverse food reaction, neurological and behavioural factors) must be ruled out.

As for dogs, these feline criteria may be useful and practical but it remains essential to eliminate other cause of pruritus to reduce the likelihood of a misdiagnosis.

Similar diagnostic criteria have not, as yet, been established for horses.