This method is generally acknowledged as the “gold standard” for allergen identification.

Drawbacks of IDST include the lack of standardisation:

In-vitro diagnostic test methods have some major advantages over IDST.

Following antigenic exposure, IgG is produced in far higher concentrations than IgE. The inadvertent detection of IgG has, in the past, contributed to the under performance of some serological tests.

It is more than twenty years since the development of the first commercially available in-vitro allergen specific IgE assay. Currently there are many assays which employ either polyclonal or monoclonal anti-IgE antibodies, or recombinant human high-affinity IgE receptor fragment to detect canine IgE. Although comparative studies have attempted to demonstrate the superiority of one method over another advances in technology have led to improved reagents and procedures making previous comparisons obsolete.

A study to define the performance characteristics of a commercially available monoclonal antibody based (mac) ELISA for detection of canine IgE and comparison with a high affinity IgE receptor based ELISA demonstrated that the (mac) ELISA is reproducible and results are comparable to the high affinity IgE receptor based ELISA within and between laboratories (Lee et al 2009).

It would be unrealistic to expect perfect correlation between the results of serological and IDST; serology demonstrates “free” rather than “mast cell bound” IgE. There may be merit in certain cases of combining the results from both test methods when determining the content of an immunotherapy vaccine. 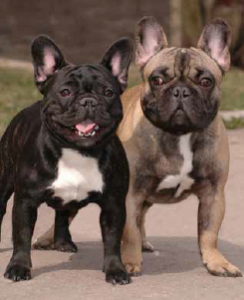 There are animals who fulfil diagnostic criteria for atopic dermatitis but are persistently negative for IgE on serological and intradermal skin testing – this has given rise to the syndrome of “atopic-like dermatitis”, defined as “an inflammatory and pruritic skin disease with clinical features identical to those seen in canine atopic dermatitis in which an IgE response to environmental allergens cannot be detected” (Halliwell 2006).

The incidence is thought to be between 20-25% of clinically diagnosed canine cases; the incidence in felines and equines is not currently known. Failure to identify IgE does not affect the diagnosis (which is clinical) but precludes the use of allergen avoidance and immunotherapy as management tools.